We’ll be going to Monaco by the end of April to attend the Nokia Developer Summit 2009. 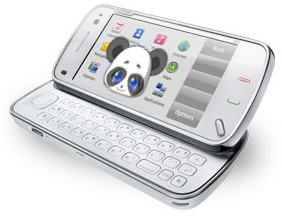 During this summit in Monte Carlo on 28-29 April, Nokia is holding a “N97 24-hour Hackathon” competition. I am one of 10 developers selected by Forum Nokia who is gonna hack together a Web Runtime (WRT) widget for the home screen of the new Nokia N97.

The Hackathon session will be streamed live and I will be in action 24h competing face-to-face with the other developers. At the end of this Hackathon, all widgets will be judged by a panel of experts from Nokia Forum & Nokia’s N97 team. The winning designer will get a Nokia N97 pre-loaded with the app. Also, the next to cash prizes, “[…]The winning widget will also be awarded premium spotlight status on the main page of the new Nokia Ovi Store, which is opening in May. It will be free to download in Australia, Germany, Italy, Ireland, Russia, Singapore, Spain, United Kingdom, and United States. The apps which come second and third at the Hackathon judging panel will also get spotlight placement on the sight.[…]” (Source: Nokia).

Nokia is going through quite some replacements on the widget and content distribution front these days: Their WRT Widgets will replace formerly well received WidSets and maybe other apps too, and Nokia’s new Ovi store will replace their current offering called Mosh.

I am really looking forward to the event - not just because I can spend some exciting days in Monte Carlo :), but also because it’s a great opportunity to get in touch with many people in the mobile and mobile web area since a long time.
Sources:
Nokia Developer Summit 2009
Nokia N97 Widget Competition Nokia N97 Data Sheet
Forum Nokia