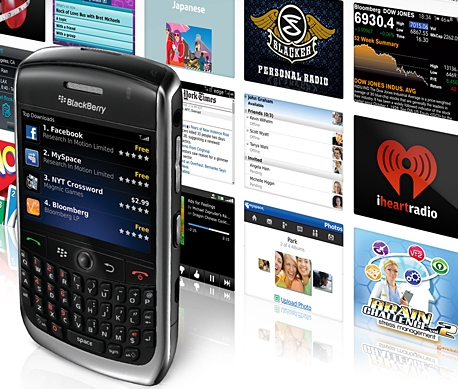 On July, 31, RIM has officially launched their app store Blackberry App World 1.1 now also in Germany, Austria, France, Italy, Spain, Ireland, Luxembourg, Belgium, Portugal and the Netherlands with enhanced features, such as:
Blackberry App World is now available in five languages: English, French, Italian, German and Spanish. By selecting their country, customers can download apps from third-party developers in the their own language.

Please also have a look at some screenshots of the new features in App World 1.1: Blackberry Blog

Developers receive an 80% revenue share and currently there is another incentive for developing an application: