On Tuesday the Nokia Developer Summit started. The conference was opened by Rob Taylor, Head of Forum Nokia. At the beginning he showed us a demo of a coming service (powered by qik) where consumers will be able to share videos live from their mobile devices.

The topic of this conference was mainly Nokia’s Ovi Store, which will launch this month. 500 people were at the event, mainly developers from all over the world, but also bloggers, press, analysts, students etc. 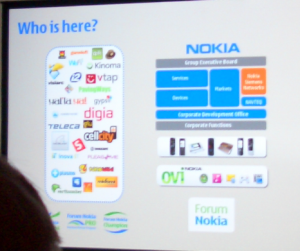 A very important topic was the WRT (Web Runtime) technology. Why? Because with WRT web developers can now start developing applications for Nokia devices by using CSS, HTML, AJAX or JavaScript. That way developers can dramatically reduce their development costs - according to Nokia by 75% compared to native apps. However you have to keep in mind that WRT applications by design have limited access to device capabilities and are targeting more widget-like applications than full featured ones.

The keynote about ”Developing for the Era of Social Location” was held by Tero Ojanpera (Executive Vice President, Services, Nokia). He underlined the importance of the relationship between Nokia and the developers. Nowadays consumers are demanding lots of applications for their mobile devices. For Nokia, who wants to provide the channel to those consumers, it is important that many developers create applications in order to offer a wide variety. WRT should greatly help in that regard - it sure did for us.

Tero Ojanpera also talked about the Ovi Store where services like maps, music, messages, games and media will be connected. The Ovi Store can be seen as a platform where all those services are combined and connected together and they will be enhanced with location and people-related information, also called social location. Basically you will get access to different content and services depending on your network and on your current location.

Talking about maps Nokia is currently holding a competition called “Apps on Maps”. If you are interested in participating by creating an application for Nokia maps, please visit callingallinnovators.com/apps_on_maps.aspx.

On Tuesday Nokia also released their N97 Beta SDK, which will be shipped next month. Since we were attending the Hackathon, we had a chance to work with the still unreleased Nokia N97. It is a great phone and a very important and useful feature of it is the Home Screen View. Applications can use it to show live information on your phone screen even if the phone idles. The data is updated automatically on your phone screen, which is a great feature and it works pretty well (especially for our “Panda Route” Travel Planner widget). Imagine, now you can get immediately informed by having breaking news, latest twitter feeds, etc. on your mobile without having to interact with it.

Very impressive demos were shown by Itay Katz (CEO of eyeSight). He introduced EyePlay and showed us a demo of an mp3 player. Just by waving your hand from left to right above the phone (without touching it) you can switch from one music track to the next. By placing your hand above the phone you can start the player:


Nokia also announced that mobile billing (through credit card or the operators) will be available from the beginning in the Ovi store and they try to enable as many payment ways as possible.

After a short coffee break Lee Williams, Executive Director of Symbian Foundation, a non-profit organisation that is building an open source software platform based on Symbian OS, today’s most widely used open operating system for mobile phones, talked about the ”Evolution of Open Mobile Platforms”. He gave an interesting overview about the Symbian foundation. You can find his whole presentation here. 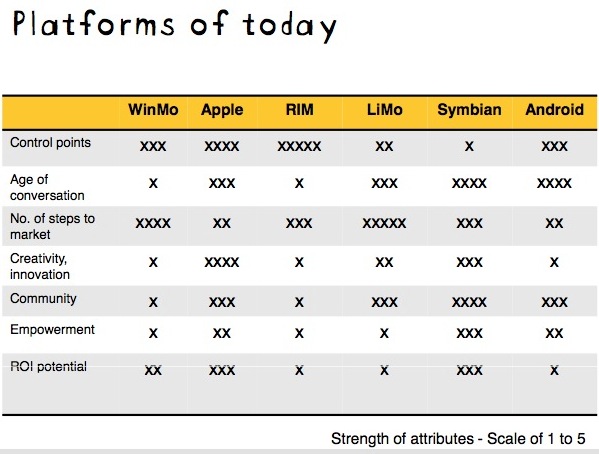 After Lee Williams’ presentation it was John Faith’s turn (Vice President & General Manager of Mobile Operations) from MySpace to talk about ”Mobile Internet Futures”. He showed us the first mobile version of Myspace: 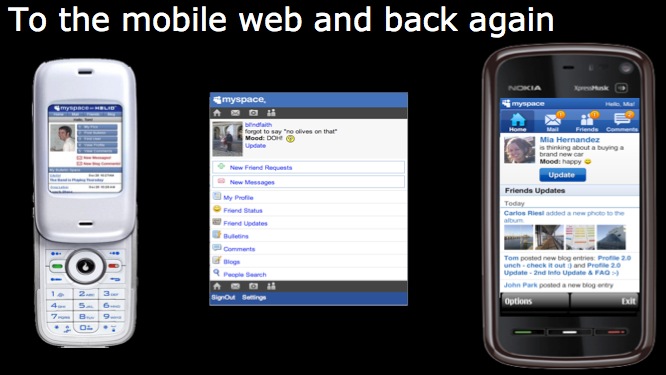 In 2008, MySpace had a 450% growth in mobile usage and their mobile web traffic has passed 7 billion page views/month. What are the users doing on MySpace mobile:

An interesting fact is the trend towards smart phones. MySpace’ statistics show that many users visiting MySpace mobile use smart phones.

After a lunch break and a short visit in the Experience Lounge, where you could discover services from Nokia and Forum Nokia developers, I decided to attend the “Business Stream: Ready, Set, Sell!” sessions (instead of the “Technology Stream: Mobilizing the Internet” sessions). The first presentations were mostly about the Ovi Store and that mobile media is going/becoming mainstream. 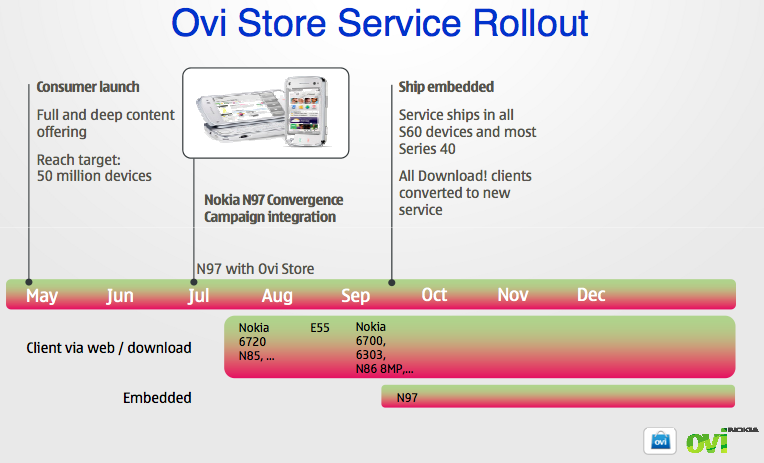 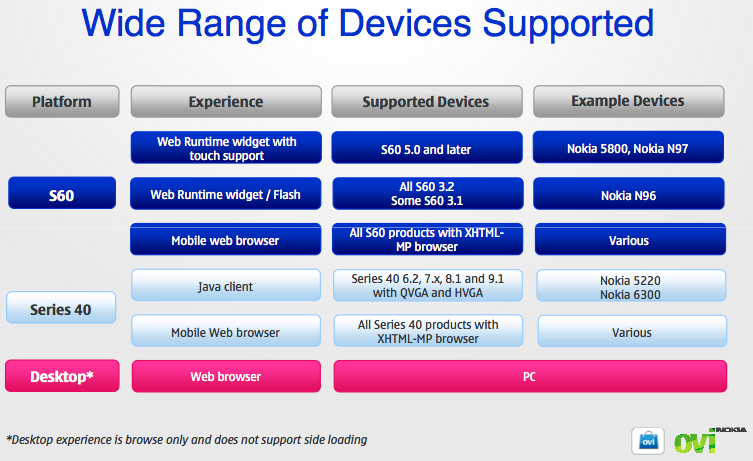 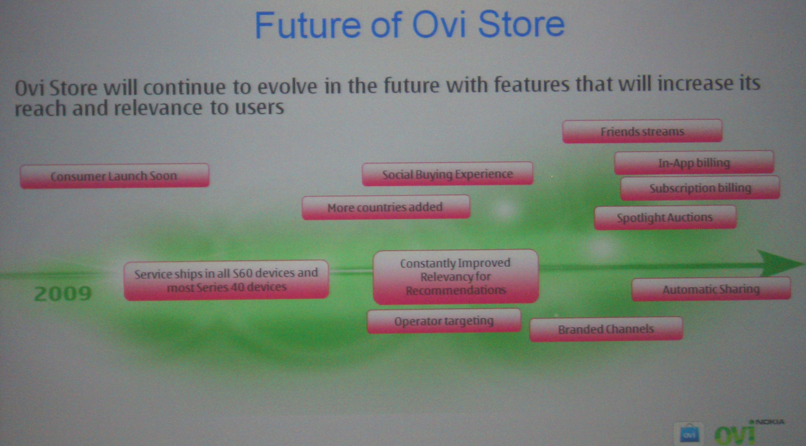 Please check out Eric John’s presentation for more information about the Ovi Store. 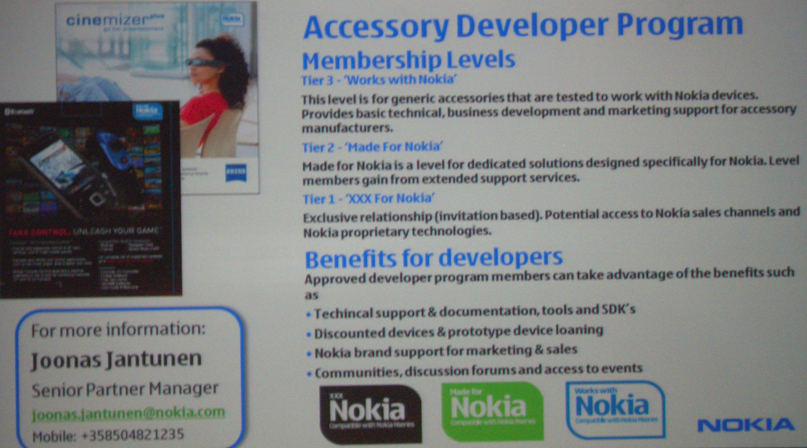 Another interesting presentation was held by David Brittain, Vice President, Technology, glu Mobile. The topic was ”glu mobile: Driving Mobile Gaming”. David talked about the obstacles for mobile development a couple of years ago and what have changed today: 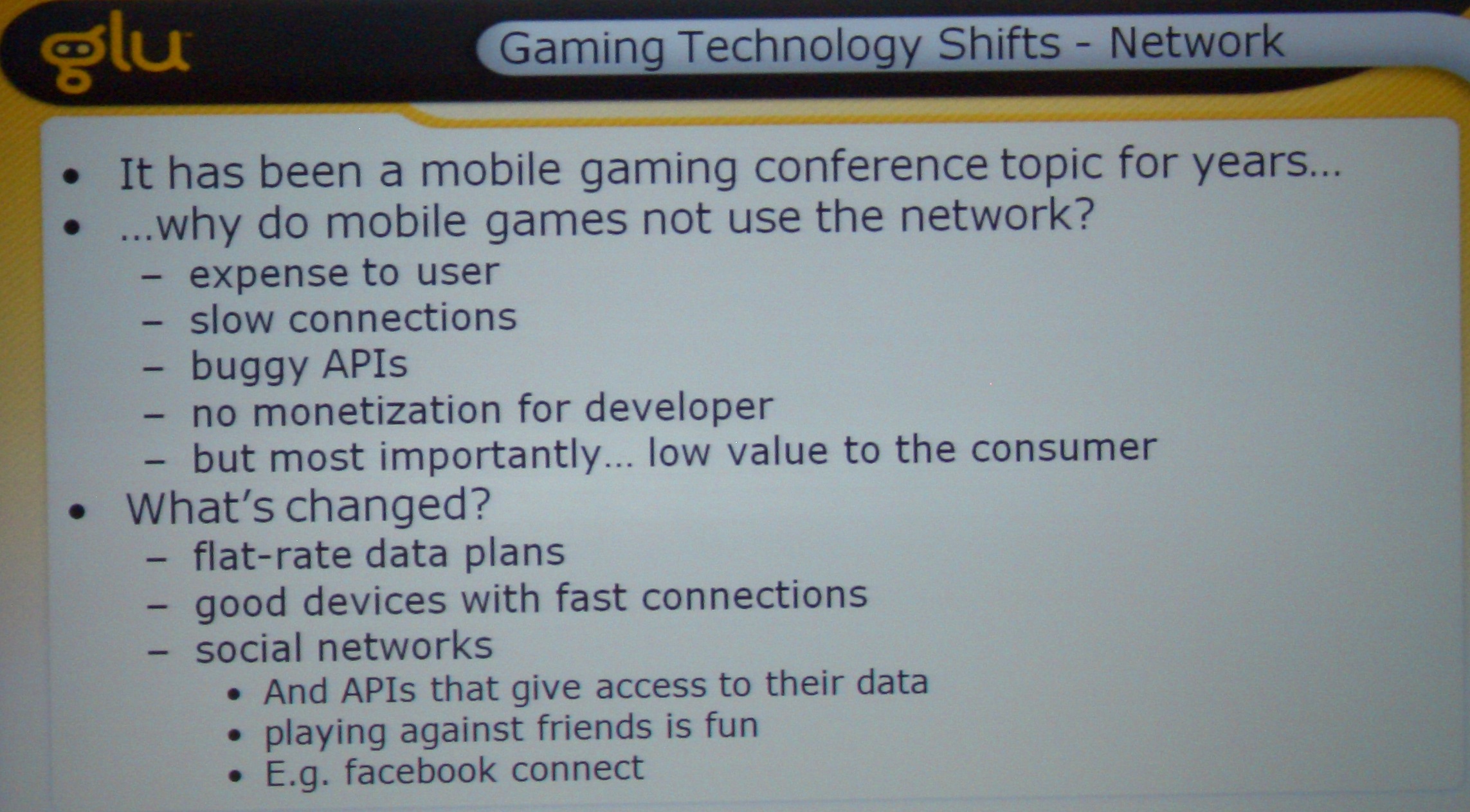 The last presentation held by Steve Glagow, Vice President and Head of Orange Partner, Orange, was about ”Developer Benefits of Operators”. Orange Partner is a program for 3rd party developers. Orange helps them to create and distribute their products and services. There are many ways of support from Orange, such as through online & physical events, newsletters, one-to-one contact, developer centers worldwide, forums, blogs etc. Orange is offering three free membership levels:
In 2009 Orange is mainly focusing on
More information about the whole Orange Partner program for 3rd party developers can be found on Orange’s website.

After all the presentations the fun part started. Nokia had organized a dinner party at the Mone Carlo Beach Club. It was a great event at a great place with good music, delicious food and drinks. I am very glad that we didn’t miss it, especially because of the Synchronous Swimming show. 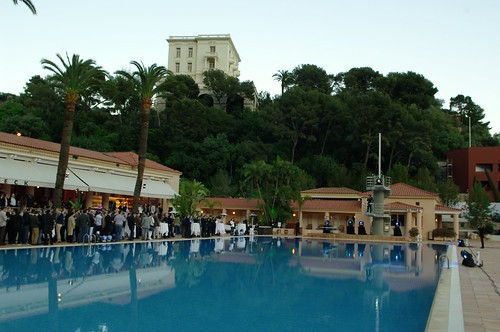 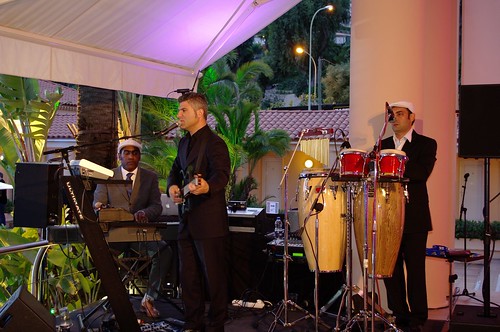 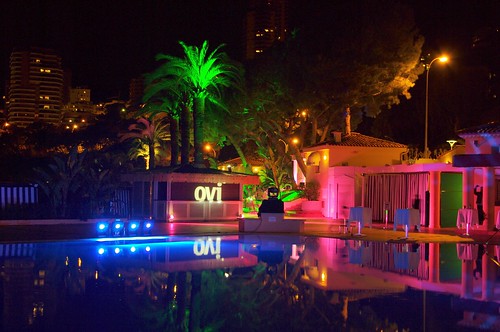